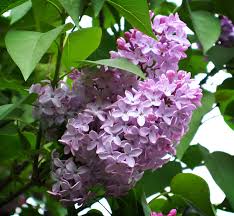 Yarmouth - Nancy Hatch Annas, 73, of Yarmouth passed away peacefully on September 25, 2019 surrounded by family and the wonderful staff of Midcoast Hospital. Born February 20th, 1946 to Virgil A. Hatch and Lillian Dorr Hatch in Bangor, Nancy spent most of her young life in the family’s Brewer home on North Main Street. As a child she enjoyed immersing herself in a book and spending summers with the cousins and her Aunt Ruthie at the camp on Green Lake or traveling. She graduated from Brewer High School, Go Witches, in 1964. Her passion for teaching led her to pursue a degree in Education at the University of Maine, Gorham Campus, where she met her lifelong friend Joyce Durepo. She graduated in 1968 with a Masters degree in English and Special Education.

After graduating college Nancy obtained a teaching position in Yarmouth at the Intermediate School where she taught fourth and sixth grade for close to a decade. During her time at Yarmouth she focused on each of her student’s needs and obtained many grants to help implement individualized reading programs which was not common practice for the time. She often spoke of her fellow colleagues in particular Peggy Parker whom she developed a wonderful friendship with.

On August 19th, 1978 Nancy married Howard G. Annas Jr., a long time resident of Cousins Island. She soon left teaching after receiving the news they were expecting their first child.  Life became busy from October 1979 to June of 1983 as she welcomed all three of her daughters Heidi, Heather and Hollie, forever referred to as H1, H2, and H3. When not busy with her daughters Nancy was found relaxing at the beach on the island, around the family pool reading Stephen King or Agatha Christie and enjoying the occasional dinner party with the island family playing Trivia Pursuit. The house was always full of family and friends and it was not uncommon catching Nancy and her friend Joyce together along with Joyce’s youngest child Kristin, Nancy’s goddaughter. Nancy also enjoyed spending many summers with Lauri Lagasse and her children, whom she was very fond of, relaxing on the deck, sipping on Bloody Mary’s and listening to Rick Astley.

Although Nancy never officially accepted a teaching position she substituted often and held several positions at Freeport and Scarbough School Departments. After raising her three daughters she worked for the Maine Turnpike Authority for many years.

Nancy was predeceased by her parents Virgil A. Hatch and Lillian Dorr Hatch, her husband of eighteen years Howard G. Annas Jr. and many fur babies. Nancy is survived by her daughters Heidi Sanborn of Portland and her children Haley, Hannah and Christopher; Heather Gunn and her husband Ross Gunn of Freeport and their son Gabriel Bean; Hollie Thayer and her wife Cassie Thayer of Yarmouth and their sons Rylan and Preston as well as many fur babies that she loved dearly. Nancy touched the lives of so many and considered many of them to be her extended family including Katrina Richards of Lewiston, Maine.

A Celebration of Nancy’s life, per her request, will be held on Saturday October 5, 2019 from 1pm to 4pm at the Cousins Island Community House. In lieu of flowers the family is asking that donations be made to the Shriner’s Hospital for Children.