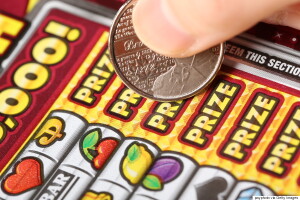 Phippsburg - Charles J McKenney, 76, of Phippsburg passed away August 28, 2022 at home after a hard fought battle with cancer. He had many visits from friends and family of which he appreciated and enjoyed deeply. He was born and raised in Phippsburg. He was the son of Otis and Marie York McKenney and was predeceased by his sister Nancy McKenney Murphy. He married his soul mate Joan Doughty McKenney on February 11, 1966.  They were together for 60 years from when they met, married and enjoyed their lives to the fullest.

As a young man, Charlie worked on a dragger then started working at BIW where he worked for 44 years before retiring. He was not a man to sit still. After retirement he took on the position of manager at the Phippsburg transfer station. He especially loved his job at the transfer station, seeing and meeting all of the people and dogs that stopped by. He always had a bone for your dog and a lollipop for all the kids. He also loved sitting on the porch at Bisson’s Center Store to scratch his lottery tickets and chat with all the guys. He loved to fish, dance, scratch lottery tickets and spend time with family and friends. There was not a wedding he was invited to that he was not asked to dance with the bride to the song “wipe out”.

Per Charlie’s request, there will be no services. In lieu of flowers please plant a tree in his memory or donate in his name to the Phippsburg Fire and Ambulance fund.

To send flowers to the family or plant a tree in memory of Charles "Charlie" James McKenney, please visit our floral store.

A Memorial Tree was planted for Charles "Charlie"

We are deeply sorry for your loss - the staff at David E. Desmond & Son Funeral Home

Join in honoring their life - plant a memorial tree

You can still show your support by sending flowers directly to the family, or by planting a memorial tree in the memory of Charles "Charlie" James McKenney
© 2022 David E. Desmond & Son Funeral Home. All Rights Reserved. Funeral Home website by CFS & TA | Terms of Use | Privacy Policy | Accessibility