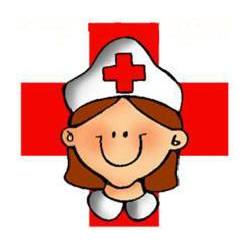 Christina Marie Shannon, of Georgetown, Maine, passed away Thursday, November 18, 2021 at the age of 81 from complications of Alzheimer's disease.
Christina was born on August 5, 1940, the daughter of Maj. Stanley E. Shannon and Yvonne Marie Shannon of Bangor, Maine. Growing up in a military family, Christina attended schools in Bangor, Virginia and Panama. While stationed in Panama in 1946, Christina walked out the kitchen door and onto the golf course, inadvertently interrupting General Eisenhower's golf game with his friends, and joined them on the putting green. Apparently, 6 year old Christina struck up quite the conversation with General Eisenhower, until her dad noticed her little adventure and came running out of the house and onto the putting green, apologizing profusely.

Christina graduated St. Vincent DePaul Medical Center School of Nursing in Norfolk, Virginia in 1961 and became a Registered Nurse, she then graduated St. Joseph School of Medical Record Librarians in Houston, Texas. She worked in Norfolk and eventually moved back to Maine and was an RN at Bath Memorial Hospital. She also worked the medical records department at Winship Green and developed a new medical records system there.

In the 1990's Christina owned and operated American Traditions, a Maine-made and New England-made Early American reproduction furniture and gift shop in downtown, Wiscasset, Maine.
Christina was predeceased in October of 2019 by her husband, Richard C. Hasenfus of Georgetown, Maine; her parents, Stanley Edward Shannon and Yvonne Marie Shannon of Bangor, Maine; and her brothers, Stanley E. Shannon Jr. and Col. Michael A. Shannon, both of Woodbridge, Virginia.

Christina is survived by her two sons; Curt Hasenfus of West, Bath, Maine and James Hasenfus of Stratham, New Hampshire; a brother, Ralph Shannon of Calais, Maine.
The family would like to thank the entire staff at Hill House in Bath and the CHANS nurses for the excellent care they gave Christina during her time there.

To send flowers to the family or plant a tree in memory of Christina Marie (Shannon) Hasenfus, please visit our floral store.

You can still show your support by sending flowers directly to the family, or by planting a memorial tree in the memory of Christina Marie (Shannon) Hasenfus
Share a memory
© 2021 David E. Desmond & Son Funeral Home. All Rights Reserved. Funeral Home website by CFS & TA | Terms of Use | Privacy Policy