Share a memory
Obituary & Services
Tribute Wall
Read more about the life story of Glen and share your memory.

Glen Allen Stevens II, age 68, passed away on Thursday, December 15. He was born on February 20th, 1954, in Bangor, Maine. The second child of Glen Allen Stevens I and Doris Louise (Wetmore) Stevens; he is survived by his older sister,  Susan E. Daigle, and predeceased by his younger brother, Timothy J. Stevens.
Glen thoroughly enjoyed growing up in the oceanside community of Camp Ellis and then moved back to Bangor where he graduated from Bangor High School. He served in the US Navy, and went on to study furnace repair and ultimately became a certified welder- a talent he put to use during his 30 year career as a gifted welder at BIW in Bath/Brunswick. The skills gained through his detail oriented jobs, paired with his quick and creative brain, made Glen a handy man who was capable of home repairs, car mechanics, hot tub hook-ups, children's playhouses, and pinewood derbies. He loved long drives, good food, bowling, music, the Patriots, and fishing with family.
He was faithful, family oriented, loving and generous. His thoughtful perspective had a grounding effect on those around him. He had a strong sense of character and love for all people- a quality that will be his lasting legacy as the lessons he passed on were focused on those traits. His daughter recalls an evening in high school when he was driving her and some friends to a movie; "we were being catty and joking about another friend who was not there. After a few minutes Dad spoke up and rebuked us by simply stating; 'If that is how you talk about your friends when they're not around- I wouldn't want to be your friend,' his point landed perfectly and I try to remember that example." His son remembers a similar instance when they drove by the neighborhood bully; "he waved as we went by but I snubbed him and Dad looked over at me and said; 'If someone waves to you have the manners to wave back,' the point he wanted to make was to have manners and show kindness and respect." He knew this bully had a hard life and needed compassion.
Glen was known for his fantastic sense of humor which endeared him to everyone who crossed his path. Bank tellers, delivery guys, nurses, and pharmacists knew him by name thanks to his sharp wit and fun spirit. The Christmas songs he rewrote on the yearly shopping trips are still sung by his children some thirty years later; his version of Walking in a Winter Wonderland included chasing priests with snowballs, and was a true masterpiece. Glen was always humming, singing and dancing. His girlfriend tells the story of recently hearing a loud thump while he was in the shower. She rushed to check on him and when asked what had happened, he replied with; "I tried to jump out of the shower- I don't know why I did that." His moves knew no limit- not even at 68 years old.

Second only to his humor- was his generosity. He gave without any thought of receiving. He certainly never worried about not being left with enough for himself. Glen seemed to be guided by the sense that if he had it- he had enough to share. He sent extra money with his son when there was an away sporting event so he could buy food for a teammate who wouldn't have money, he welcomed his in-laws to share his home when they reached the age where they could no longer live alone, the news of his passing inspired his step-daughter to buy a cartfull of items for the woman in front of her who had forgotten her wallet. His example has, and will continue to, touch the lives of so many.
Glen is survived by his son, Glen Allen Stevens III, his daughter, Emily Rose, son-in-law, Lawrence Rose, girlfriend, Denise Cerone, and her children whom he loved as his own, Crystal Goforth and Danielle Blake, and grandchildren, Colby Porter and Madison Bleau, Baron and Amaya Goforth, Liam Blake, and soon to be born grandson who's first name is still being decided, but will have his middle name of Allen- last name Rose.
His family hopes that people will remember Glen and aim to keep him alive in spirit by embracing family, being kind, and loving through authentic acts of generosity.

To send flowers to the family or plant a tree in memory of Glen Allen Stevens II, please visit our floral store. 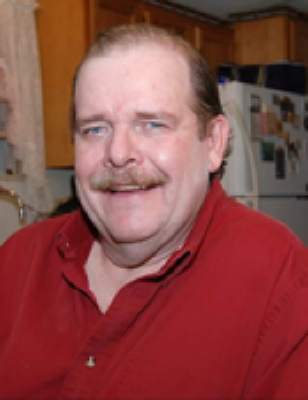 You can still show your support by sending flowers directly to the family, or by planting a memorial tree in the memory of Glen Allen Stevens II
SHARE OBITUARY
© 2023 David E. Desmond & Son Funeral Home. All Rights Reserved. Funeral Home website by CFS & TA | Terms of Use | Privacy Policy | Accessibility