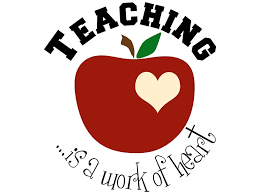 The world lost an unforgettable man early in the morning of Wednesday May 11, 2022 when Grant Alden Connors died at Midcoast Hospital in Brunswick, after a long battle with cancer. He was 78 years old.

Possessed of omnivorous curiosity, he was a life-long learner and impassioned teacher, a dedicated family man and a gracious and generous host.  He quickly made friends of strangers and students of children anywhere and anytime.  His home was always available to anyone in need of shelter or laughter and visitors were instantly made to feel like family.

The Connors Crew invites all friends, family, coworkers and students of Grant Connors to a Celebration of Life Ceremony in “The Forum” at the New Mt. Ararat High School in Topsham, ME from 2-5pm on Sunday, May 22, 2022.

Grant was born in Yarmouth, ME July 18, 1943 and grew up in Bowdoinham, ME, the first son of Alden Adelbert Connors, and second child of Julia Avis Hilton Connors Hinkley.

Grant enjoyed an active, outdoor childhood, traipsing through the woods, reading comic books and westerns, dreaming of future travel and adventure, rough-housing with his brothers and generally being a terror for his single mother.

He graduated from Brunswick High School in 1961 and Farmington State in 1966 with a Bachelor of Science Degree in Elementary and Junior High Education. He earned his Master’s of Science in Education at the University of Maine in 1985 with a focus in Literacy.

He started his teaching career in Jay, Maine in Fall of 1966, before briefly teaching in Florida in 1968. He worked for the CIA and went to Iran in 1969, where he was a teaching administrator at a base school.  He later worked for the Agency analyzing photos at Langley in 1971.

Grant was primarily a Science teacher for most of his staggering 47 years of teaching in Florida, Maine and even Iran!  He spent the majority of his teaching career at MSAD 75 in Topsham, ME. By the time he retired in 2009, he was beginning to see the fourth generation of families come through his classroom. He taught thousands of children over the years, so it is literally impossible to see how far his influence and legacy extends. After retiring, he continued to volunteer to supplement elementary school science in surrounding communities including Durham, Lisbon and Topsham.

At about the same time he began a new career as a freelance “Critter Catcher;” relocating Nuisance wildlife for Residents while holding an on-staff contract for Bowdoin College.

In 2020, he was hired by the Maine Warden Service as the first Human/Wildlife Conflict Manager, where he helped design the position and the responsibilities. His participation and knowledge was crucial to its success, and therefore the continuation and expansion of the program.

A self-proclaimed Naturalist, his life-long love and interest of natural Maine was demonstrated by his passion for boating, hunting, camping, downhill skiing and exploring the outdoors.

He is survived by his wife Janet Connors.  His memory is carried on by his children Troy Grant Connors and his wife Jen, Tara Jean Connors Lamb and her husband Ryan, Tasha Marie Connors, and Ty Corrigan Connors.  He has four grandchildren, Chloe Connors, Devin Lamb, Collin Lamb, and Lauren Lamb. He is mourned by his six brothers and sisters, Glenna Connors Morin, Ruth Connors Millay, Frank Connors, Alden Connors, Allison Hinkley Greene and Marilyn Hinkley.

Grant believed strongly in family by both blood and by bond and survives in the heart of far too many people to list here.  Some of the people who he made family by choice include Donnie Bernier, Ray and Sherry Spaulding, Chrissie Gagne, Kallie Maney, CJ and Amy Larrabee, Kirk Niese and countless others.

He is predeceased by his first wife Aletha “Dede” Cassidy Connors Brown.

To send flowers to the family or plant a tree in memory of Grant Alden Connors, please visit our floral store.

A Memorial Tree was planted for Grant

We are deeply sorry for your loss - the staff at David E. Desmond & Son Funeral Home

Join in honoring their life - plant a memorial tree