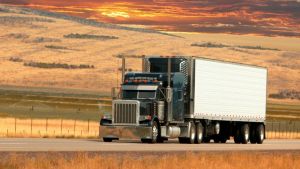 Brunswick – Raymond “Sammy” Maddocks, 80, passed away peacefully at his home with his family by his side on Thursday, February 13, 2020.  He was born the son of Elmer Hollis Maddocks and Esther Frances Spencer.

Ray attended Dedham and Ellsworth Schools. He was employed by Hannaford Supermarkets for 45 years, 43 of those years he was a commercial driver.   Ray was the first commercial truck driver to receive a Three-Million Mile Safe Driver Award. He also received recognition from the Governor of Maine for his achievement.

Raymond was a member of the Church of Jesus Christ Latter-day Saints in Topsham.

In his spare time Ray was a gentleman farmer while living in Pownal, Maine. He bought and sold cattle; raised dairy replacement heifers and beef cattle. He would often say that spending time with his cattle helped him relax.

Ray loved to travel out west. He liked to ride horses with his wife Sandy; they have ridden not only in Maine but also Florida, Colorado and in Lake Tahoe.

Ray was predeceased by his son Louis Maddocks; He is survived by his wife of 35 years, Sandra Curtis Maddocks. His surviving children are: two daughters, Pamela Terry of Brunswick & Donna Maddocks of Pinole, California; his sons, Raymond Jr. and his partner Siobhan Hefferman of California and John Maddocks of Portland; a stepson, Michael Quint and his wife Donna of Gunnison, Colorado, stepson Tobie Quint and his wife Leanne of Lisbon; Two grandchildren and Two  stepgrandchildren; He leaves behind a twin sister Rachel Davis of Brunswick, Maine.

A funeral service will be held on Saturday, February 22, 2020 at 11:00am at the Church of Jesus Christ Latter-day Saints, 33 Pinewood Drive Topsham.  A reception will follow at the church.  Burial will take place in the spring at Mayberry Cemetery, Windham.

To send flowers to the family or plant a tree in memory of Raymond "Sammy" Eugene Maddocks, please visit our floral store.