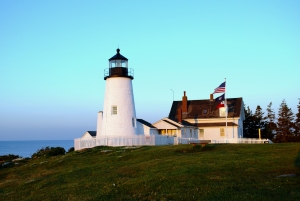 Bath ME – Sally Hagenbuch DeMartini, 72, of Old Sloop Lane passed away on June 22, 2021. She was born in Larchmont, New York on January 28, 1949, the daughter of Howard Hagenbuch and Lucile Carroll and the second of what would ultimately be nine children.

Sally graduated from Denison University in Granville, Ohio in 1971 with a degree in Political Science, and received her juris doctor from Temple University Law School in 1976. After graduation, she married James E. DeMartini of Pittsburgh, PA, with whom she remained married for nearly 45 years until her death. She served as an Assistant District Attorney in Philadelphia from 1976-1981. She and Jim moved to Bath, ME in 1981. After starting a family, she re-entered the practice of law and worked as an Assistant Attorney General for the State of Maine in various capacities until her retirement.

Sally was the President and a long-time supporter of the Bath Area YMCA. She served on the Bath City Planning Board, worked with the United Way, and was President of the Sagadahoc Preservation Inc. She was deeply committed to St. Mary’s Church in Bath, and she was involved in multiple other committees and working groups in the area. She loved the beach, the coast, gardening, and politics. But above all, she loved her husband, family, and her many, many friends more than words can describe.

She was predeceased by her mother and father.

In lieu of flowers, donations may be made to the Bath Area YMCA or St. John’s Catholic School in Brunswick, ME.

To send flowers to the family or plant a tree in memory of Sally H. (Hagenbuch) DeMartini, please visit our floral store.