Share a memory
Obituary & Services
Tribute Wall
Read more about the life story of Sheila and share your memory.

Sheila Ann McMennamin Pinette, 95, died peacefully at her home in Weathersfield, Vermont surrounded by her family on November 21, 2022. She was born in New York City, NY on January 31, 1927 to Harold George McMennamin and Hazel Frances (Stanbridge) McMennamin. In 1929, the family moved to Rumford, Maine where she grew up and attended local schools. She was a graduate of Saint Athanasius Grammar School (1942) and Stevens High School (1946) and attended Westbrook Junior College in Westbrook, Maine. Her brother was the late George Barry McMennamin, of New Canaan, Connecticut.
In addition to homemaking, Sheila worked as a telephone operator for the Bell Telephone Company in Rumford, Maine, in Morristown, New Jersey, and in Bennington, Vermont. She is especially remembered as the loving wife, mother, and gracious homemaker that she was and also as a steady “co-pilot” on many family excursions to national parks.
Sheila and her husband, Roger George Pinette, eventually retired to Homosassa, Florida in 1991. Soon after her husband’s death on March 17, 2011, she returned to New England to be near her family while bravely fighting a long-term illness. She was a resident of Quail Hollow in West Lebanon, New Hampshire for eight years and is especially remembered for her beautiful crewel needlework that was frequently requested for exhibit there.
Our cherished mother leaves four children; Nancy Jean Hadd of Saint Albans, Vermont, Dennis Roger (Megan) Pinette of Belfast, Maine, Ellen Louise (Kevin) Busl of Weathersfield, Vermont and George Mark Pinette of New Bern, North Carolina. She was “Nana” to eight grandchildren and 11 great-grandchildren. She also leaves numerous nieces and nephews and is dearly remembered by all. A service and burial is planned in the Spring of 2023 in Brunswick, Maine. In lieu of flowers, donations may be made in her memory to Bayada Hospice in White River Junction, Vermont or to a charity of choice.

To send flowers to the family or plant a tree in memory of Sheila Ann (McMennamin) Pinette, please visit our floral store. 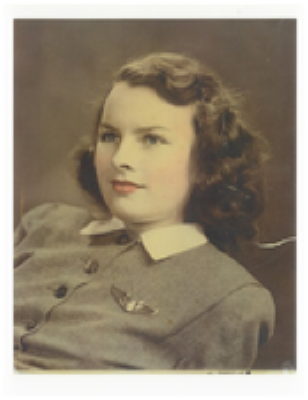